Privatization of railways has been announced on various grounds or names. One is asset monetisation pipeline, another is container corporation, IRCTC, another is in the name of rationalisation though the rationalisation of production units was stopped; now again the Government of India has started rationalisation. By rationalisation they say they say railway production units and hospitals will be corporatized and privatised. So, the Dedicated Freight Corridor also is there. So all these are under the pipeline of privatisation. Now already as Shivgopal Mishra ji has told, the National pension system also is privatization of pension. So that also is there before the railway bodies. 68% of railway employees are now governed by the New Pension Scheme.

Now before going into privatisation I want to drive home one important point i.e. context of privatisation. What is the motto of the Indian Railways (IR)? It has been “Safe, fast train services at affordable cost”. Whether the railways are able to meet this is a question. Now I will go into the status of IR. You will be shocked to know that railways are not the dominant mode of transport now. Earlier in the 1950’s 84% of the national goods were carried by IR. Now it is only 28%. 78% passengers were being carried by IR but now it is only 12% and average speed of goods train is only 25 km per hour and passenger services is only 50 km per hour. Whereas China has 200 to 300 km per hour for goods trains and for passengers’ trains they have gone up to 400 km per hour.

The traffic of IR is saturated. 55% traffic is in 20% of network. Some routes are even congested from 100% to 150% of capacity. Therefore, IR requires expansion of network, doubling, quadrupling, dedicated freight corridors, dedicated passenger lines. Now IR is not a dominant mode of transport.

See the safety of IR. Every year 4500 km track is becoming renewable but now there are arrears of 11000 km. 200 stations have become renewable every year, but only 100 are being done every year. There are many old British time bridges which have to be renewed. They brought in National Rail Sanrakshan Kosh of 1 lakh crore which did not materialise. CAG in its report said that in order to renew assets we need 1.14 lakh crores which have not been invested and therefore safety is at stake and development is at stake.

It is in national interests that Railways should be the dominant mode of transport because unit cost of railway is lower than the road by Rs. 2 per ton km for goods and for passengers Rs.1.6 per passenger km. Energy consumption for freight traffic is 75% to 90% less in railways and for passenger traffic 21% less in railways. Also environmental impact is less in railways. In freight sector railways emits 28 g only whereas road emits 64 gram and in passenger sector 17 gram. by railways and 84 g in case of road. Road accidents are 45 times higher in road transport than railways. In the suburban services fares are substantially lower to decongest the urban population.

There is no dearth of plans. 12th five year plan was pre-closed, the Planning Commission was abandoned. The UPA government brought in the National Transport Development Policy 2012-32 to increase freight share of railways to 50%, passenger demand to be met fully, goods average speed to increase to 50 km per hour, passenger average speed to be 80 km per hour. Required investment for this was 35.3 lakh crores, but the total plan was abandoned. Then in the year 2014 after NDA government, a new 5 year plan was brought out in which also expenditure was short of plan, less than 60% only spent according to the plan. In the year 2019 Seetharaman announced that in the 2 year period 15 lakh crores will be invested. That was also abandoned. Then they brought in the National Infra Pipeline that is of 102 lakh crores, in which railway has 13.69 lakh crores investment was proposed. Because in green field no private investment is forthcoming, 87% of this was to be invested by government budgetary support. Rs. 11.90 lakh crore had to be invested but it was not invested. In the third year they abandoned that plan also.

Then they brought in the National Rail Plan 2021 to 2051. For this plan also the same argument was placed. Source of investment was not discussed. They said that share of freight will be increased to 45% , goods average speed will be 50 km per hour, passenger service speed will be 150 km per hour and 38.5 lakh crores are to be invested.

Now 50% of 1.52 lakh crore that is 76000 crore has to come from privatisation of 400 railway stations, 12% i.e. 18000 crores has to come from private operation of 90 trains. What happened to the National Rail Plan now? Again they are talking about the National Infrastructure Pipeline. They said that 76000 crore will come from station development, but when a question was raised in parliament about this station development, the Railway Minister replied that it is difficult to estimate revenue from monetisation of railway stations. So parliament reply says that it is difficult to estimate the monetisation of station development. So 50% of it cannot come. Out of 10%, 50% can not come.

For the private train operations, they gave tenders for 12 clusters as Shiv Gopal Mishra ji said. Now tender has been discharged, is the reply in parliament. So out of these only 3 clusters had bidders, out of which one Megha Engineering, a private company came for bidding. According to the bidding whichever company will give more revenue share will get the tender. Now what happened is, this Megha Engineering Company quoted only 0.54 rupees i.e. if 100 rupees they earn they will give only half rupee. That is their quotation. So they do not want revenue share. So in effect there is no offer from private people. So now people are telling that nobody will come. No, this government is interested ideologically to privatise trains so they will accept bids without revenue share.

Now in the National Monetisation Pipeline they say 90 trains will be privatised. What is the rationale of 90 trains ? They say 60% of 150 trains. So this is nothing but ridiculous. Actually though they do not come for passenger segment they are ready to come for freight segment. So they want to come for the Dedicated Freight Corridor, because it is profitable. So for profitable areas they want to come. Now anyhow what I want to say is the infrastructure investment, the national asset monetisation brings in 10% investment only, but what happens to investment for railway development, dedicated freight corridor, express lines, doubling and quadrupling, expansion in new areas? All these are very much affected. So infra investment starvation will continue. This is business as usual only despite mega announcements. You know you cannot meet the future demand as National Rail Plan says. Now there is 1160 million tonnes per year of goods traffic that will become 6885 million tonnes in the year 2051. That will not be met if they do not invest in infra development. So they are planning privatisation at the cost of infra development, at the cost of safety. In the national infra pipeline they said that 500 trains by 2025 , 80 stations and 30% of goods trains will be privatised. In the National Rail Plan they say that by 2031, IR run goods trains will not be there. All goods trains will be privatised. IR will not run profitable passenger trains. The Dedicated Freight Corridor, 55% goods trains will go to private. In the general budget Nirmala Sitharaman announced that the Dedicated Freight Corridor will be monetised once it becomes operational. So privatisation of goods and passenger services are on the cards.

That means if it is privatised it will be not at affordable rates. Therefore, what will happen? You know in the recent CAG report it says that 28000 crore profit was attained in goods, 64000 crore passenger segment loss was there so 34000 crore uncovered loss. Therefore if goods segment goes to the private then the earnings of IR will be lost, there will not be earnings, railways will be in loss . Railway will not be able to pay salaries, railways will not be able to pay pension, and speed will not increase because infrastructure is not developed. The share of R will not increase, future demand cannot be met, safety will be at peril. Business as usual. The main motto “Safe, fast train services at affordable cost” is defeated. No Vikas, only Vinash!

Only government investment will solve the problem. Now as Shiv Gopal Mishra ji said, indefinite strike is the only way. Ok, but why do not all unions, you have formed NCCRS, why not this co-ordination committee jointly go down to workers in all divisions, in all railways, in all stations, jointly go down to workers with a week-long program of campaign against privatisation? Because this government intends to do privatisation, its ideology is privatisation. As we have seen they sold Air India for a song. Even if revenue share is not coming they will give railways to the private. Even if income is not coming they will give stations to private, and goods trains to private. Then definitely not only railway employees but national interest will be affected. Nation cannot meet the future demand of goods and passengers in the country. 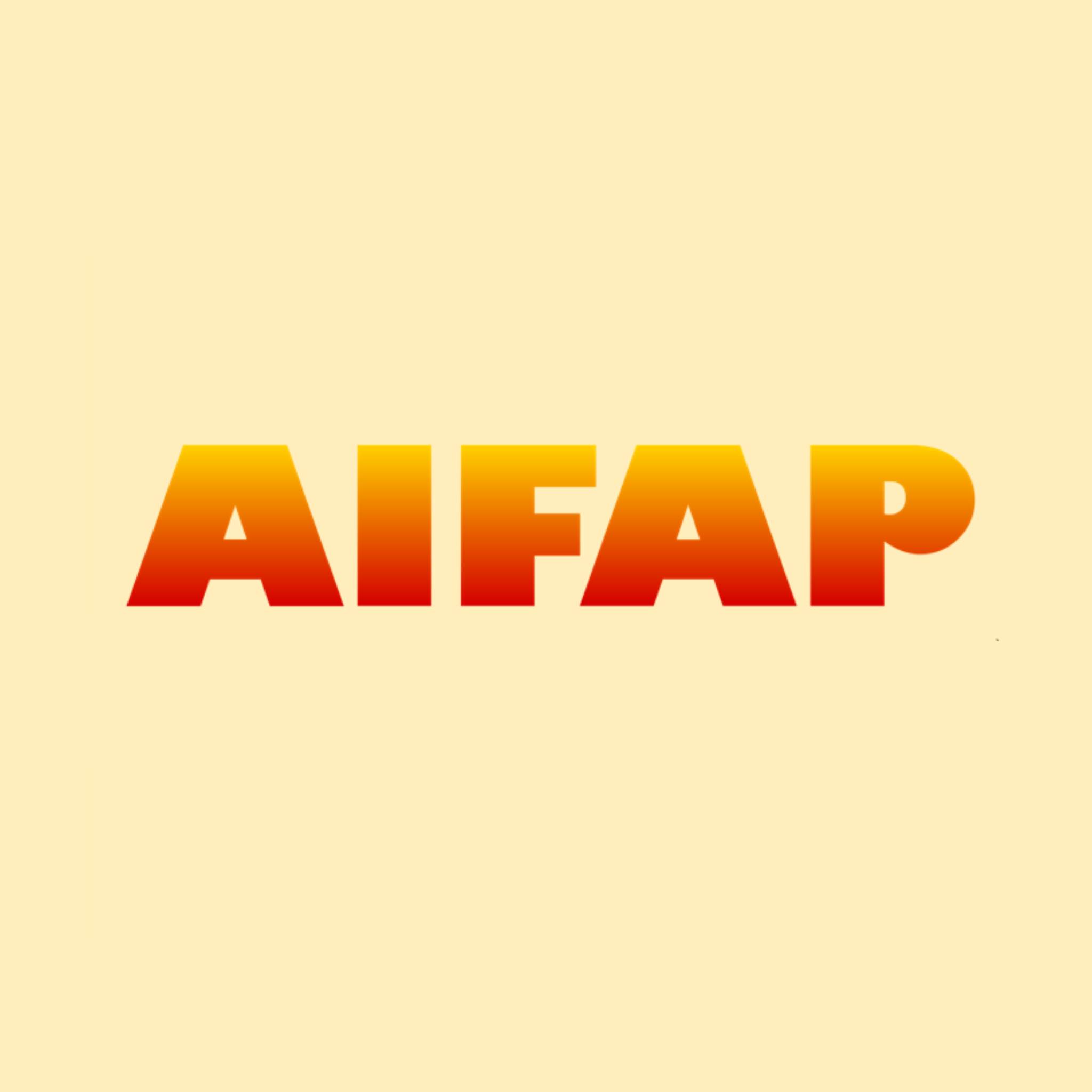 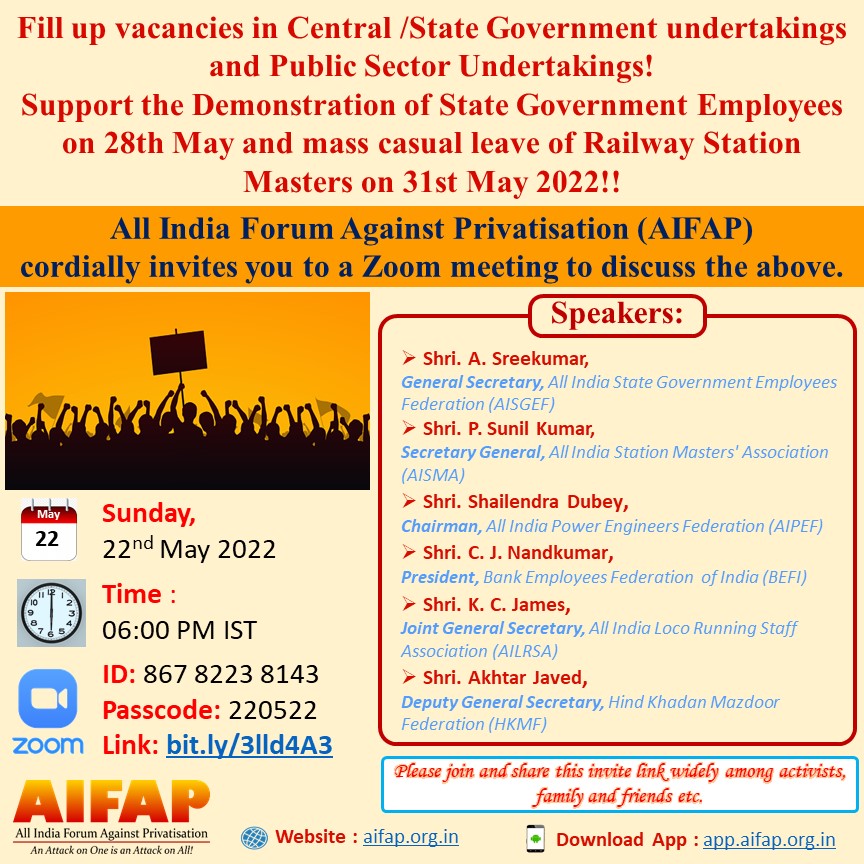 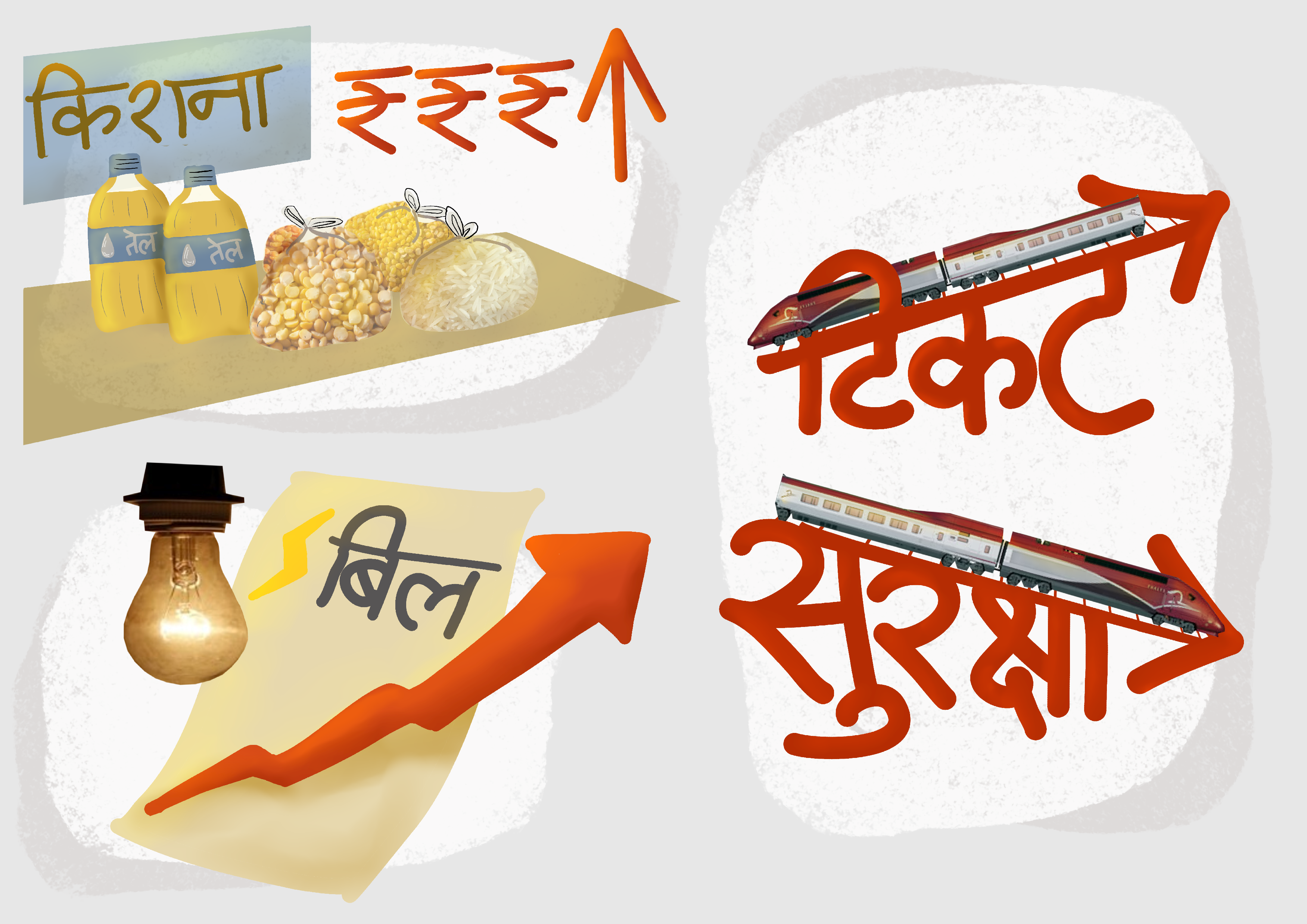 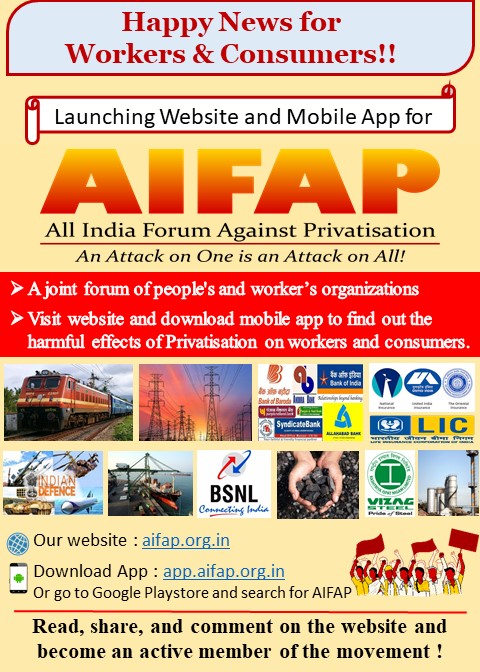